*2 out of 4 lack cruelly of agility, pace and mobility (and Cahill is soon to join them).

*3 out of 4 cannot play the high-line and the pressing game.

In other words, our defense is anti-modern. And the most alarming observation is that it is not even a problem of individual, but a problem of our whole defensive line. Our back-four should have been overhauled a long time ago and it is overdue for at least three years. Benitez, for as much as I do not appreciate him, started to reshuffle our defence (Terry on the bench and Azpilicueta introduced as right-back) yet the Individual-One came and, with his exceptional long-term vision, undid this reshuffling. He kept and affirmed as indisputable starting players the defenders that should have been benched ; the only change he made was to waste our should-have-been right-back at the left-back position. The outcome is that have have now in defence three players that should have been phased out three years ago.

Most worryingly, the Board is making the same mistake it has made during the pre-Emenalo era. Back then they were happy to basically keep the team of 2006 until 2010 without altering it — the outcome was that horrendous Ancelotti's "Bad Moment©". On the one hand, we are fortunate that right now the mistake is only regarding the back-line and not the whole team (it is already an improvement), but on the second hand we have a far worst situation in world football that we had in 2010.

For a starter, Terry should not have seen his contract renewed this summer as it would have forced us to buy a defender. Sometimes you need to untie your rope, leave your comfort zone and make the big jump. We already made the mistake with Lampard (i.e. holding on him till the end) and right now we still are in search for a central playmaker (Fabregas is a stop gap)... And we are making the same mistake with Terry and to a lesser extend Ivanovic.

Anyway, we are in a dire situation and the defence overhaul should have started weeks ago (in regards to this mercato) — such a dire situation that we are not even in need of a world-class defenders ; no, just above average defenders that can do the basics correctly (i.e. pass the ball, run, defend one on one). Because as of right now, not only our back-line jeopardises our defensive solidity, but it also jeopardises our whole team functioning. Look at Barcelona : they have individually average defenders (some of them are not even defenders), yet they complement very well their attacking players. As for us, our defenders are heavy concrete bricks that drag us to the bottom of the Thames. Thus, if nitpicking with the best defenders is not working, we should aim lesser targets and buy modern and competent defenders in stead of holding on our decadent defensive line.

Chelsea FC were conceding over 6-7 shots on target a game last season. This season they have conceded just 5 in 3 Premier League games.

Chelsea FC were conceding over 6-7 shots on target a game last season. This season they have conceded just 5 in 3 Premier League games. 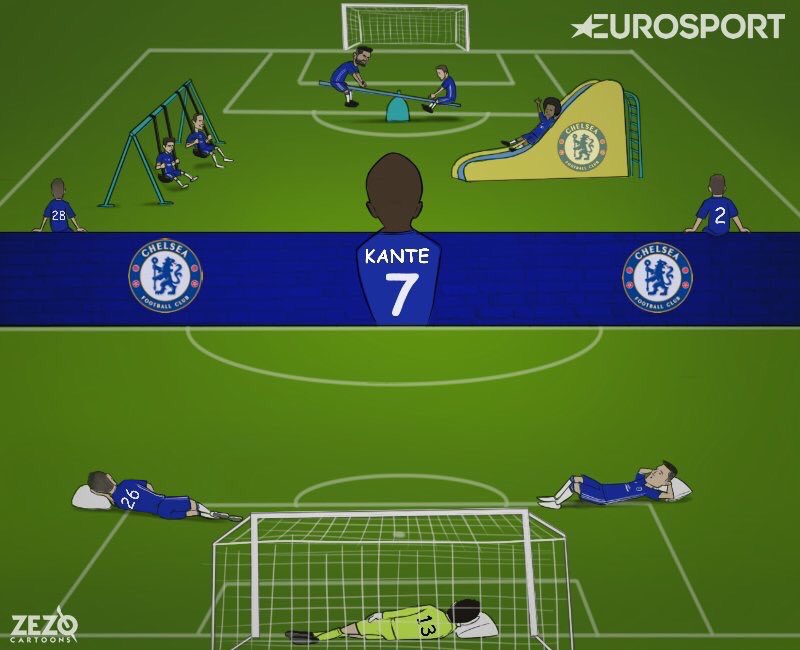